Unlike web, android still lacks the ease of version deployments. Specially when you don’t want to use Play Store.

There will be five stages:

Basically, we gonna use docker, git, and some simple hacks to put things in work. In the end, I’ve shared a sample application.

It’s better to start thinking about security right from the big bang. From android studio, you can generate a new keystore, a jks file. Help? Copy the keystore file details in a config.yaml file like below:

Studio will take care of signing, but to generate signed apk from command line, you’ll need to make some changes in your build.gradle. The credentials we have put in above yaml file will be passed as command line args to gradle(Build stage[2]).

Let’s dig into GitRevision It counts the number of commits from git, so you’ll get incremental values everytime you release a new version. GitRevision will make versioning easy and consistent.

We’ll put the below code in build.gradle[app]

We first need to build a docker image with minimum libraries and dependencies required.

Trollop will be helpful in compiling scripts, spicing the boring command line args.

We are using openjdk as base image for java environment and installed our sdk with version 27. You can change that accordingly.

Or you can directly pull my latest base image.

Docker container on the way

To automate the process, let’s dig into a small script:

Here we first check if the container already exists. Then create accordingly. While creating the container, we mount our current project directory. So next time we run this container, our updated project will already be there in the container.

We run the container, with our compile script. Pass the signing config file we created earlier.

So, now we have build a signed apk from a docker container. It’s time to push them. Connect with your s3 bucket and generate $HOME/.s3cfg file, and pass it to ruby script below: 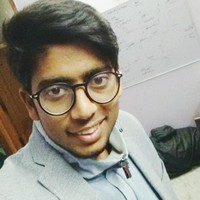